skip to main | skip to sidebar

I got Von Flued

I got Mark in my guard when suddenly he grabs my head like a scarf hold then quicly inserted his shoulder into my throat. I tapped.

Then, second round, Mark went for a single leg. I sprawled then sank in a Darce choke. He tapped.

In the end, we both promised to do better. I was so out of shape that I was out of breath after an hour and 30 minutes.
Posted by Charles at 8:18 PM No comments:

Raymund flipped through the pages of an old Japanese-English dictionary. His eyes tracing the words slowly as he analyzed his memory. Deciphering words he heard weeks ago in a state of fear and in a presence of a ghost.

His head lifted only to drop back down to the book.

The lady librarian was looking at him. Guards don't usually read inside the library. A lot of people actually think that guards are people with low IQ's. If they have IQ of the normal range they would be holding better jobs.

These people are mistaken.

Raymund, now glued to the book ignored the piercing glance of the librarian. If there are people more despised than the guards in this school it would be the librarians. Students just hate them.

I don't know what it is, but students just think that librarians are mean and pushy. They don't hate all of them of course.

Raymund's reading was interrupted by the chatter of two library employees.

Funny. These people forgot that all around them are books printed in English. The Philippines has two official languages, English and Filipino. What I don't get is why they despise people who can speak English.

People go to the Philippines to learn English. People who despise other people for using one of the official languages should find themselves on the next boat or plane out of the country.

Ignoring the noisy staff, Raymund goes back to his reading.

"If I remember correctly, I heard them say 'Nani ga shitte iru ka?'"

Raymund looks for the word. "Maybe its a sentence. Let's see"

Flipping the pages he found the second. "Shitteiru, it means 'DO' "

"And 'Ka' is a question particle."

Moments later he closed the book. Understanding shimmer in his eyes yet at the same time confusion.

"The other ghost was actually protecting me from the first"
Posted by Charles at 9:15 PM No comments:

Posted by Charles at 5:42 PM No comments:

From CBSUA to a Savanna 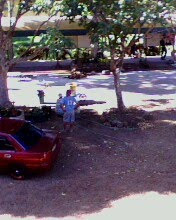 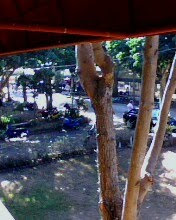 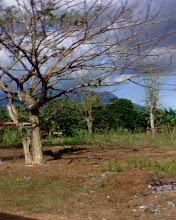 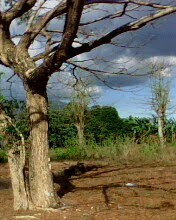 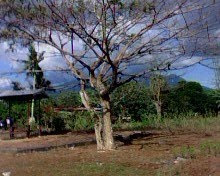 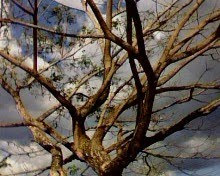 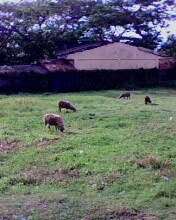 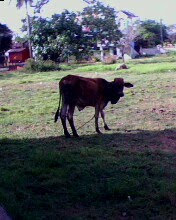 Well, not really. Its just its getting too dry that some of the grass are dying.
Posted by Charles at 4:36 PM No comments:

If you eat too much Camote 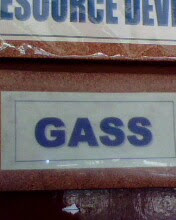 hehehe
Posted by Charles at 4:35 PM No comments: 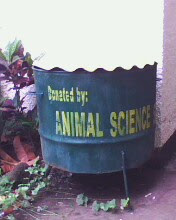 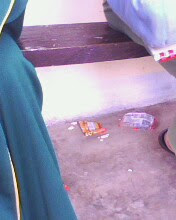 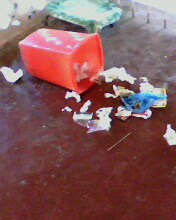 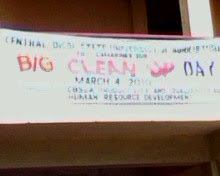 Posted by Charles at 4:25 PM No comments: