skip to main | skip to sidebar

Global Warming at your doorstep


No person shall be allowed to burn any materials in any quantities which shall cause the emission of toxic and poisonous fumes. Such materials include but not limited to plastic, polyvinyl chloride, polypropylene, paints, ink, wastes containing heavy metals, organic chemicals, petroleum related compound, industrial wastes, ozone depleting substances and other similar toxic and hazardous substances.


Further, no establishment, firm, company, government or private entity or organizations shall be allowed to burn or cause open burning of waste materials in their premises, area of jurisdiction, including recognized or unrecognized dumpsites in any quality or quantity. Violators upon determination by the Department through the Bureau shall be penalized in accordance with the provisions of Part XIII of these Implementing Rules and Regulations.

Posted by Charles at 4:56 AM No comments:

Ever seen 2012? Freaky as heck. What about Armageddon, Knowing, Deep Impact, Water World, The day after Tommorow? As if having a terror teacher is not enough, scientists and movie makers across the globe has been bombarding us with lies that the earth is about to end.

What events could possibly trigger the end of this planet and the doom of our species?

1. Nuclear War- North Korea has been testing out its powers lately. There was also an incident involving Russia that triggered quite a spectacular sky phenomenon after a failed nuke test. I doubt the middle east would allow other countries to dominate them and so I'm sure they have something in their shores as well. USA seemed pretty powerful especially when it dropped A-Bombs on Hiroshima and Nagasaki that ended World War 2. 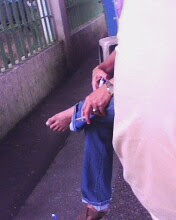 Yup..smoking that joint kills not only you but the person beside you as well. Plus smoking in public is against the law you know.(Clean Air Act Rule XXIX Section 1). I think people who smoke in public places is down right stupid. Its common sense. You know its harmful to people, why smoke it in places where other people can inhale your poison?
Smoking is not the only cause of Global Warming though. Its the buses, cars, and every internal combustion engine that you see down the street. Our factories contribute much to this as well.
Even our friendly neighborhood Tsang and Tsong contributes to global warming. How? Well, whenever they would gather leaves and burn it along plastic trash.
Global Warming happens these pollutants would stay up on the air and prevents heat from being reflected back to outer space. Thus, acting like a blanket.
Global Warming could lead to the melting of polar ice caps and flooding the earth. Watch Water World and you'll see what I mean.
A top New Zealand researcher has used a prestigious award ceremony in Christchurch to warn that humans face extinction by the end of the century. "After 40 years, I'm part of a huge community of scientists who have become alarmed with our discovery, that we know from our knowledge of the ancient past, that if we continue our present growth path, we are facing extinction," Barrett said. "Not in millions of years, or even millennia, but by the end of this century."
VANCOUVER, B.C. – In a live radio interview on December 20, 2004, Professor Peter Barrett, Director of Victoria, NZ University's Antarctic Research Centre, repeated his published warning that extinction of humankind and human society as we know it may come about within 100 years because of impending climate change and ecological catastrophe – unless humankind can dramatically reduce greenhouse gas emissions.
-indymedia.org
3. The Rise of the Machine
Computers might start acting up on itself and label man as a threat. Just like what Skynet did in the movie Terminator.
What about Natural Disasters?
1. Celestial Body Impact Collision
Armageddon and Deep Impact featured this concept. If a big chunk of rock falls on us it would be like Hiroshima but a thousand times worse. This is the reason according to some scientist why Barney's family disappeared.
Asteroid 2004 MN4, a floating rock in outer space was recently upgraded to "an unprecedented level of risk" of striking the planet on April 13, 2029 by NASA.
Freakin heck! That is scary.
2. A super volcano will erupt!
In the movie 2012, A new volcano was born as it erupted out of Yellowstone National Park. That was one scary crap. But no worries. Its only a movie, right?
Bad News is, YellowStone Caldera in Wyoming is actually a potential "bomba"
Dig down 25 miles into the earth and there is an undergound world of flowing Magma seeking to burst out so hostile you can't even imagine.
Scientists theorize that as many as 20 near surface Caldera chambers, like in Yellowstone exsist and that explosions of this magnitude happen about every 600,000 years at Yellowstone" and it's been about 620,000 since the last one.
3. A New Flu Strain will turn everyone into Undead
Resident Evil, Zombie land, Dawn of the Dead, I am Legend...what is the common theme for these movies? Some scientists genetically engineers a microscopic anti virus or something that evolves into something nasty. Turning everyone you know into you know what.
This is more like man's suicidal behavior but since the virus decided to evolve itself I'll categorize it as a natural disaster.
There is also another concept that is neither natural or made by man's device. Its the Invasion of Aliens like Slither or Indepence Day.
But what ever it is I'm sure you have a pretty good idea what you will do just in case you end up like Dr. Neville from the I Am Legend movie.
Posted by Charles at 2:54 AM No comments: 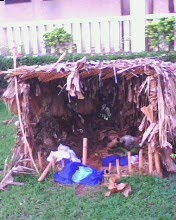 Posted by Charles at 7:15 PM No comments:

If Im not mistaken thats the University President making a personal inspection on the guards. Thats cool!
Posted by Charles at 5:34 AM No comments:

Every time I go to or come home from school I go through the same route. The way of the noble. In other words Maharlika Highway. Have you ever thought why highways are called highways. Most of the time theyre lower than the sorrounding area but still we call them highway. Why is that?

Posted by Charles at 4:54 AM No comments:

How to flunk your practical exam

So a week after the mid term exams our lab teacher announced a practical exam. Fun FUn FUN! Only problem is... we practically dont know anything. But she was kind enough to give us an hour to prepare.

Oh what the freak! We were like frogs dipped on boiling oil!

And I told myself, if I dont calm down. I will surely fail. I discoverd the first step to failing. In order to fail

if you dont then you will remember everything that you study and you will pass.

So, knowing that, I did exactly the opposite. I calmed down so I can remember the terms.

We had to memorize the common name, phylum, and class of 15 different creatures from the depths of the science lab preserved vault.

Now, as I calmed down I discoverd the second step to failing.

STUDY BESIDE A VERY TALKATIVE PERSON whose topic is so far fetched from the task at hand. These kinds of people are either already prepared or theyre just flat out stupid that they dont care whether they pass or not. They are the kind of people who rather talk about make up, the latest movies, or their hair.

I was unlucky enough to stand by a person in the line who despite all the help I did for this person during the review process, this person decided that its alright to keep on asking me for answers, so loud that the teacher heard him all the time. Plus its not like it wasnt hard enough to take the test, I also had to endure this persons obnoxious mental probe. Buddy I hope I dont stand by you on the next exam. Your a good person but your the kind of good person who have the tendency to drag people down. Peace!


The third step in order to fail is to be too compasionate during the exam.

Be heartless. Dude. No matter what do not lend answers. Your not helping them by giving them answers. Imagine what willl happen if they dont learn that cheating is wrong. They grow up to become cheaters in the world who will cheat wherever they go. That is why corruption is everywhere. Because the people who were once cheaters during their time in school are the ones getting elected.

By lending him/her answers you are jeopardizing the future. Not only his future but the future of the WHOLE WIDE WORLD!

So dont help him cheat.

As for you cheaters. I hope you change. YOU are endangering the future of so many lives including yourselves. So, do yourselves a favor and start studying so you dont have to cheat.

A few minutes before the exam

A usual afternoon in CBSU. Students trying to free themselves from the realm of stress created by their own mistakes


and the mistakes of mentors who for some odd reason find it beautiful to see students suffering in their clutches....very odd indeed
Posted by Charles at 2:07 PM No comments:

Posted by Charles at 1:55 PM No comments: 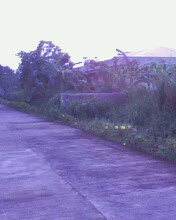 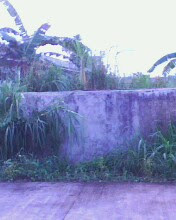 I was walking to IEM one morning when I NOTICED this odd looking object. What is this? is this a tomb? or is this a thing from outer space?
The questions are endless.
Posted by Charles at 5:24 PM No comments:

Posted by Charles at 3:16 PM No comments: